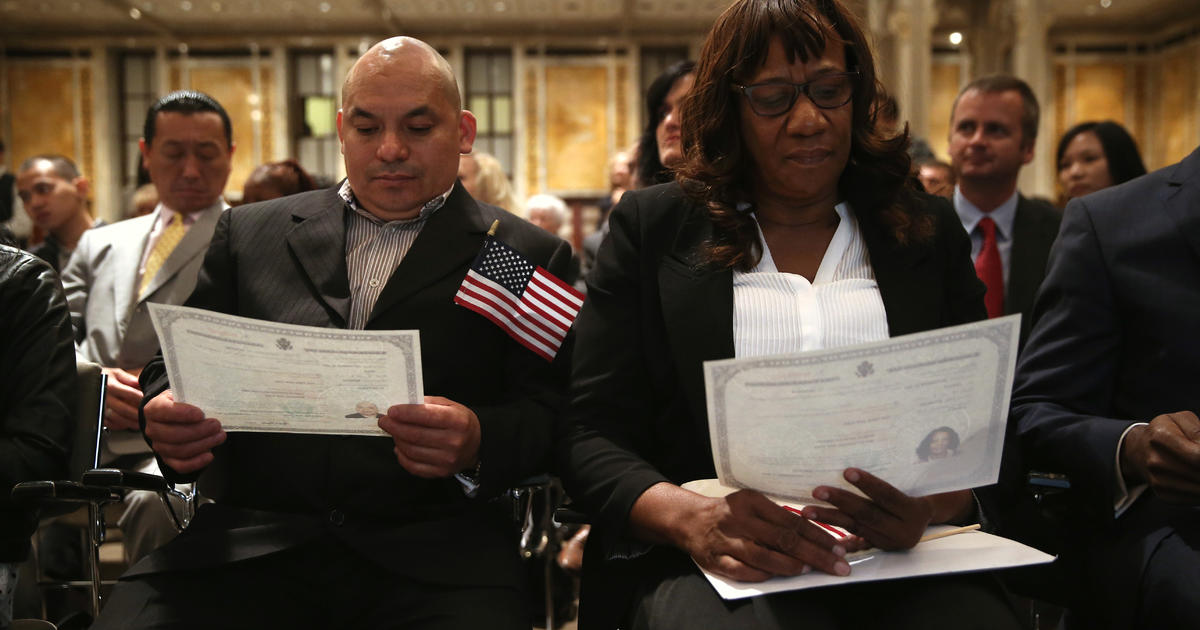 The Trump administration is hiking the fees for a range of immigration benefits, including an 83% increase for petitions from green card holders seeking to become U.S. citizens and the first ever charge for asylum requests.

Set to be published in the federal government’s journal of regulations on Monday, the new U.S. Citizenship and Immigration Services (USCIS) fees will take effect on October 2. Roughly 97% of USCIS’ budget is funded by application fees, unlike most other federal agencies, whose funds are appropriated by Congress.

The final rule includes a more than $500 increase in the fee for the form filed by immigrants to obtain U.S. citizenship — which among other benefits, allows them to vote. Fees for other forms, including for family members of victims of crimes who assisted law enforcement and for those seeking genealogy records, will also go up.

Some fee exceptions and waivers will be eliminated through the rule, which will also make the U.S. one of only a few countries in the world to charge a fee to apply for asylum, a humanitarian protection for those fleeing persecution based on race, political opinion, religion, nationality or membership in a “particular social group.” By imposing a $50 charge for asylum petitions, the U.S. joins Fiji, Iran and Australia as the only countries requiring immigrants to pay a fee to seek legal refuge.

Applications for works permits, including for asylum-seekers, will also go up by 34%.

The final rule scrapped some proposed changes included in a draft published in November 2019, including a fee increase for applications that immigrants in the Obama-era Deferred Action for Chilhood Arrivals, or DACA, program need to file to renew their protections from deportation. USCIS also said it will not transfer certain fee funds to U.S. Immigration and Customs Enforcement, as originally planned.

USCIS said the new fees will finance the processing of all benefits, its fraud detection and vetting units, operations, technology and payroll for employees. At the current fee levels, USCIS would be underfunded by $1 billion annually, the agency said.

Joseph Edlow, the agency’s de facto head, said in a statement, “These overdue adjustments in fees are necessary to efficiently and fairly administer our nation’s lawful immigration system, secure the homeland and protect Americans.”

However, critics of the increases say they’ll prevent low-income immigrants from accessing USCIS benefits and make it harder for foreigners to gain lawful status in the U.S.

“This is a flagrant, unapologetic effort to reduce immigration and new American citizenship by pricing people out,” said Doug Rand, who advised President Obama on immigration policy and co-founded the Seattle-based company Boundless, which helps immigrants apply for green cards and other benefits.

The final fee rule comes as USCIS is facing a massive budget crisis, which the agency has attributed solely to the reduced number of applications received during the coronavirus pandemic. Though they acknowledge that COVID-19 has affected USCIS, experts have said the agency’s financial woes also stem from many of the Trump administration’s immigration measures, which have, individually and collectively, made it tougher for immigrants to obtain legal forms of status like asylum and lawful permanent residency.

The agency has been asking Congress for a $1.2 billion infusion that it pledges to pay back by charging applicants a 10% surcharge. Congress has yet to authorize the bailout and roughly 13,000 USCIS employees, or nearly 70% of the workforce, are set to be furloughed at the end of August if no funds are approved.